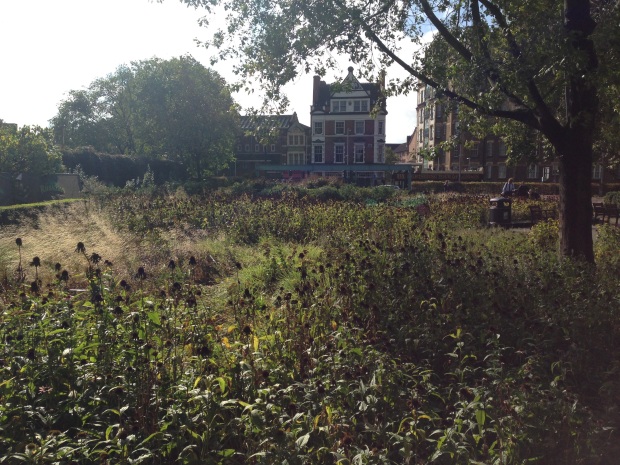 When I arrived at Heathrow there was no time to waste and I got a train into London that morning to meet up with Lisa Cox, a very talented garden designer.  We are both big believers in finding inspiration through observation and being able to bounce ideas off each other takes it to another level. 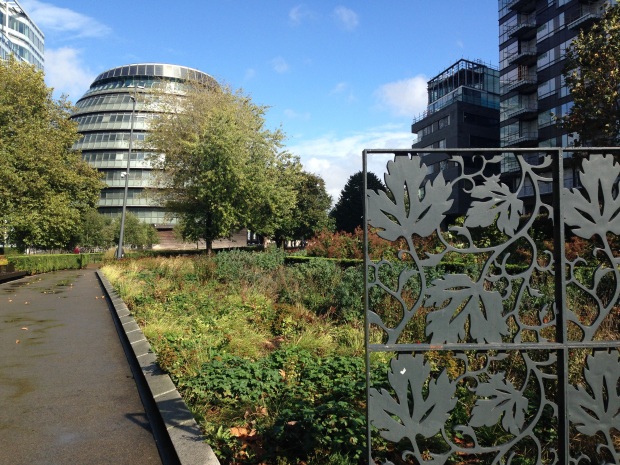 We first headed out to Potters Field Park, near Tower Bridge.  This area got its name in the early 1600s, when many Dutch potters fled their homelands due to religious persecution.  In 2006 it was given a complete transformation and the world renown Piet Oudolf was commissioned to design the plantings. 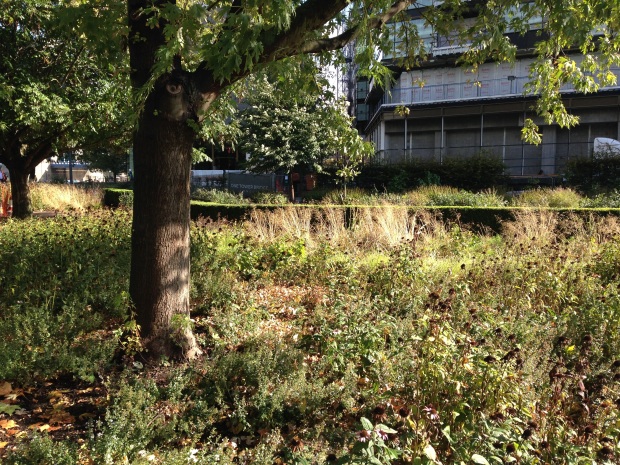 Piet Oudolf is famous for reinventing perennial borders; adding grasses and plants that produce interesting seed heads, bringing all year interest.  Whilst many would feel the need to wield their secateurs to the dying growth, the wispy grasses and silhouettes of seed heads in the low light is really quite charming. 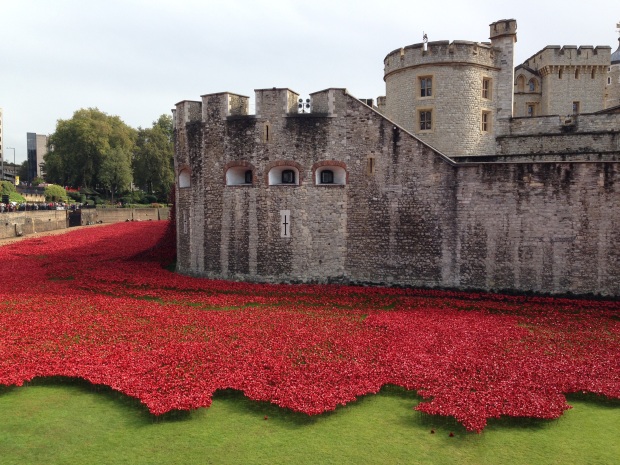 Tower of London Poppies, Marking the 100 Year Anniversary of WW1

Lisa and I then headed off to see the ceramic poppies at the Tower of London – all 888,246 of them, honouring each of the British soldiers who lost their lives in World War One.  I had heard so many people rave about this display and was very excited as we approached it.  I think I’m pretty much on my own when I say that I was sadly thoroughly underwhelmed.  It is a lovely idea and a wonderful sign of respect, but I just couldn’t help feeling disappointed and somehow deadened by the fact that the poppies weren’t real.  It was a bright display but completely devoid of life.  I just couldn’t engage fully.  I very much like 2D representations of plants but I think 3D ‘fake’ plants are very hard to feel a connection with.  But maybe that’s just me. 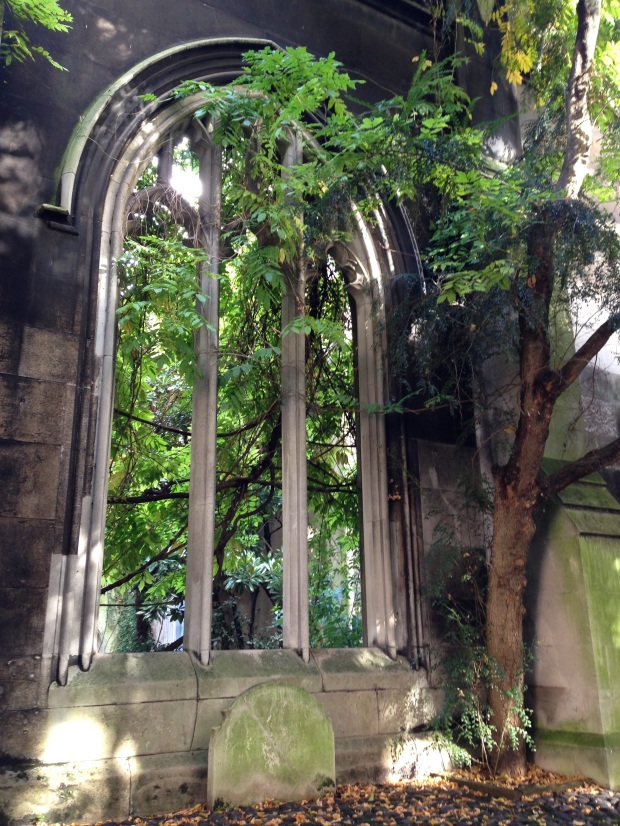 We then walked over to St Dunstan-in-the-East, a Church of England parish church dating back to 1100, but after damage in the Great Fire of London in 1666 and subsequently in The Blitz of 1941, the ruins now host a garden, inside and outside the church. 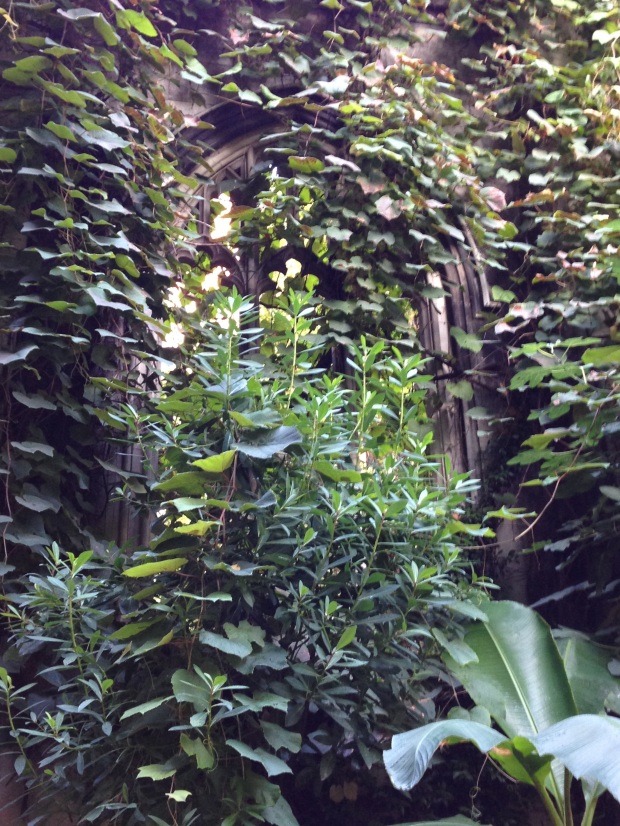 The extensive vegetation, growing out of the ruins of this Grade I listed building reminds me very much of Angkor Wat in Cambodia. 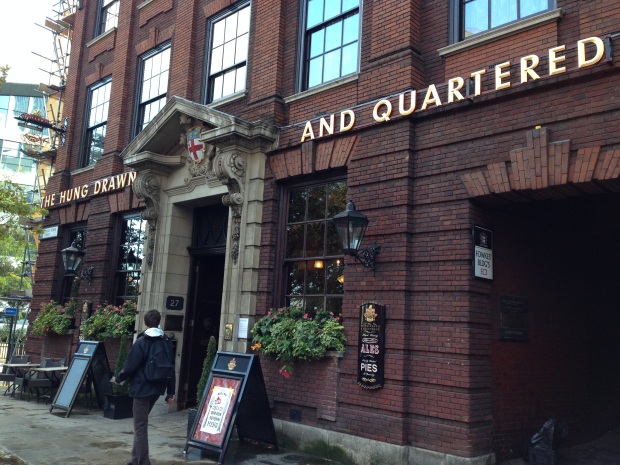 For Londoners, you will think this next picture is very run of the mill.  But having left the UK nearly seven years ago, it now seems very, very English to me!  ‘The Hung Drawn and Quartered’ pub – where else would you find such a name?  And the care and effort with the window boxes in the middle of the city are such a delight. 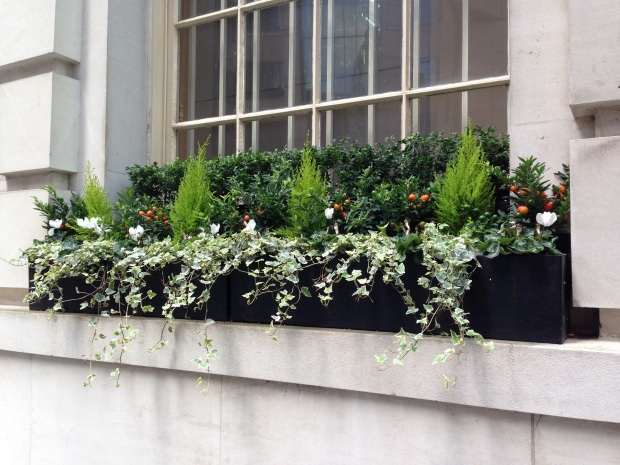 It’s not just the pubs that have lovely window boxes.  This window had clearly just been planted up with winter hardy plants, adding colour and lovely softening to the streetscape.

As you walk around London you do see many full, vigorous plantings on the streets.  Partly due to the wealth in the city, partly due to the good growing climate, but it is so lovely to see effort put into greening up the city. 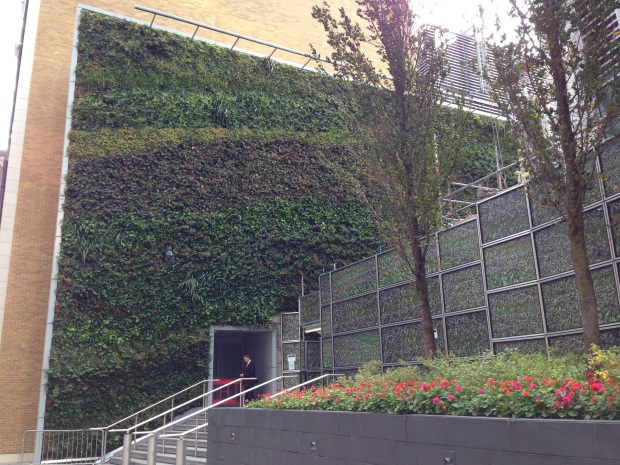 And despite everything I say on vertical gardens, how beautiful is this? 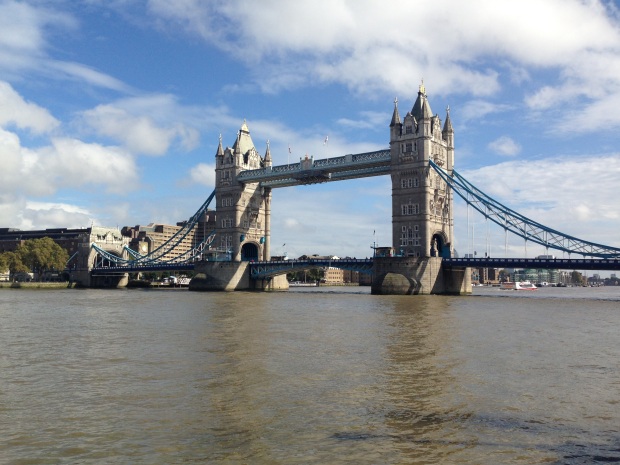 To end, a not very garden-related photo of Tower Bridge; but isn’t it stunning?

3 thoughts on “Greening Up the City of London”