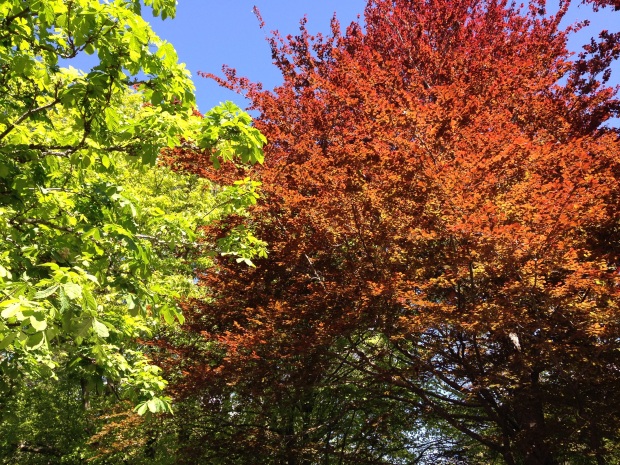 Mount Wilson is described on the Visit NSW website as a ‘heritage garden village’.  Situated in the quieter, northerly section of the Blue Mountains, it is the largest of three neighbouring mountain peaks with wonderfully rich, volcanic, basalt soil; an extremely rare find in Australia.

You won’t be surprised, therefore, that in our search for a weekend house in the countryside, Mount Wilson comes quite high on our list. We have just been to view a house and a plot of land for building and sneaked a garden visit in too, whilst we were there.

An alternative to ‘heritage garden village’ could be ‘Azalea capital of the world’.  Every garden seems to have them; currently in full, glorious bloom.  I have never been a great fan of azaleas myself, but I do design with them reasonably frequently, as so many people adore them. 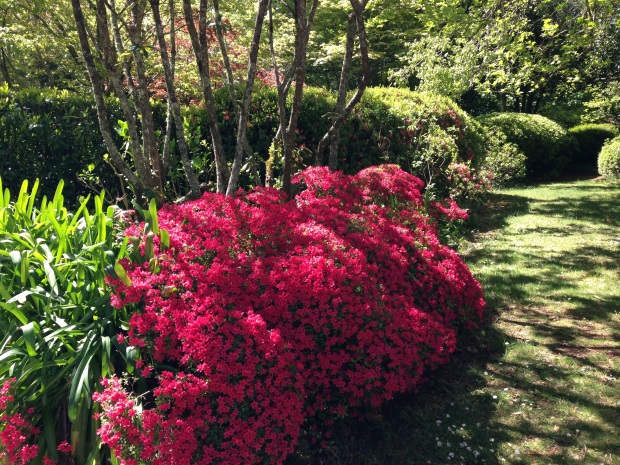 Personally, I find them all a bit too full on.  One minute they are a dull, green shrub, the next minute they are shouting from the rooftops in strong magentas or blousy pinks.  There is not much subtlety about them and in their few weeks of showtime it is usually hard to focus on anything else in the garden.  When they are on, they are on.

The garden we visited was called ‘Bebeah’.  It did indeed have the full on magenta azalea hedges, but the gardeners here had also thought creatively beyond this.  Cloud pruned azaleas gave a quite unusual look.

There were also more naturally, softly pruned azaleas, mixed with spring flowers of Vinca, which, with a much less ‘blocky’ colour than is typical, appealed to me more than usual.

A softer look with Azaleas; here mixed with Vinca at Bebeah, Mount Wilson

A final Azalea look was that of tightly pruned balls, Buxus-style.  Intuition would say that you would lose all the flowers in so pruning, but the look was quite interesting, if not something that I would rush to add to my garden.  It is always great to see people thinking creatively about the use of plants.

Bebeah had a number of other delights in store.  Lilacs were one, especially delightful to me, as they will not grow with the milder winters of Sydney, just an hour and a half down the road. 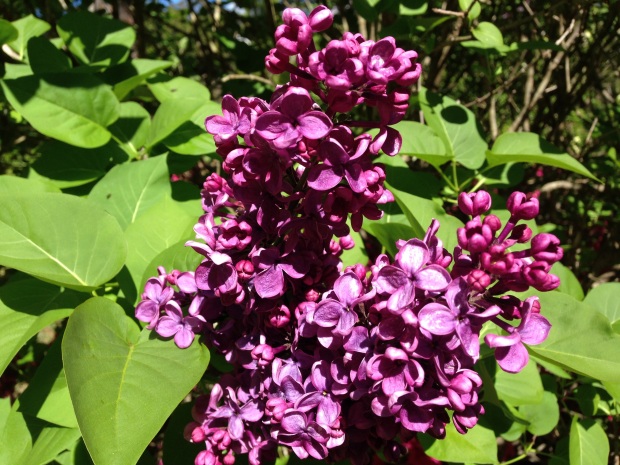 I also noticed some forget-me-nots growing out of a dry stone wall, such a very English sight to me.

And as with the tree-lined streets of Mount Wilson, shown in the first photo, Bebeah had equally stunning tree colours.

Vibrant tree colours at Bebeah, with white Viburnum flowers in the foreground

These photos look photo-shopped, but I promise they are entirely unedited.  I also noticed some stunning multi-stemmed tree bark that added great texture to the garden. 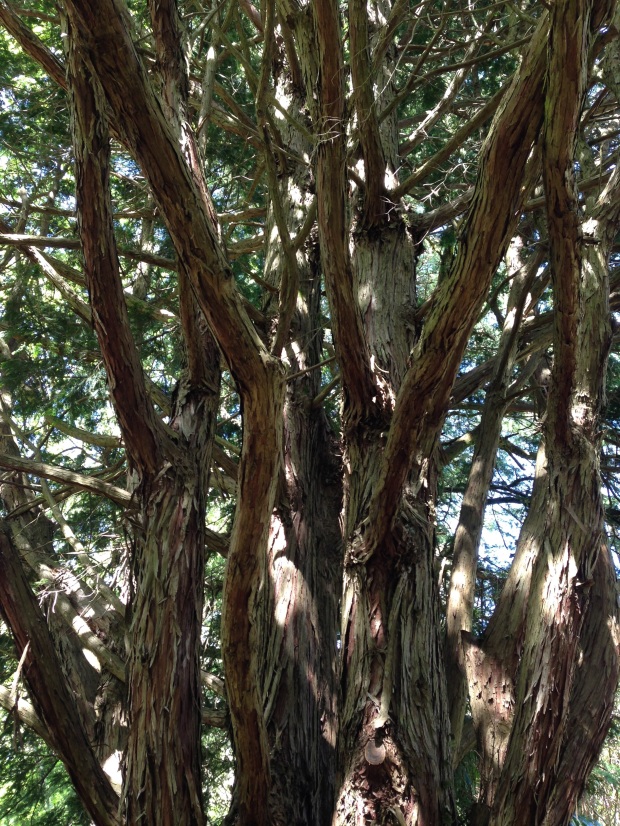 So the question is, are we soon to be the proud owners of a garden in Mount Wilson?  Well, probably not just yet.  The house we viewed was lovely, but it was really a little large for us.  And the plot we saw was quite serene; peaceful, natural and indisputably beautiful but oh so overwhelming to think of what would be involved to turn it into a home and a garden.  More thinking time is required as yet. 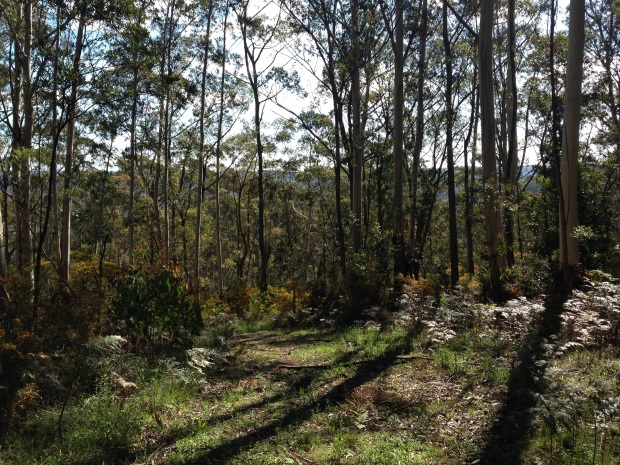 Plot for sale at Mount Wilson

2 thoughts on “The Best Place to Garden in Australia?”