Peckerwood Garden, just outside Houston, is a garden fuelled by passion. John Fairey, a former professor of architecture, put the first plant in the ground in 1971 and still lives and gardens here today, albeit with considerable help now the garden has grown to some 40 acres.

The gravel garden by the house at Peckerwood

The climatic region is described as ‘humid subtropical’, but a local told us that one January night, temperatures here dropped to minus 8 degrees, followed by a high of a very warm 27 centigrade less than 12 hours later. This is perhaps partly explained due to the garden’s location at the convergence of three different climate zones, coping with the best and the worst of each and consequently acting as a very effective plant-testing ground for a far-reaching geography.

A slightly more formal area at Peckerwood Garden, with contrasts in foliage colour and form

But variable weather is not the only challenge at Peckerwood. The soil here has patches of thick clay – not the most proficient at dealing with a tropical deluge – whilst other areas are sand-based with a very open structure, drying out almost instantly in the heat. It’s really a wonder anything grows here at all. But John Fairey wasn’t going to be beaten and his story is one of true inspiration. 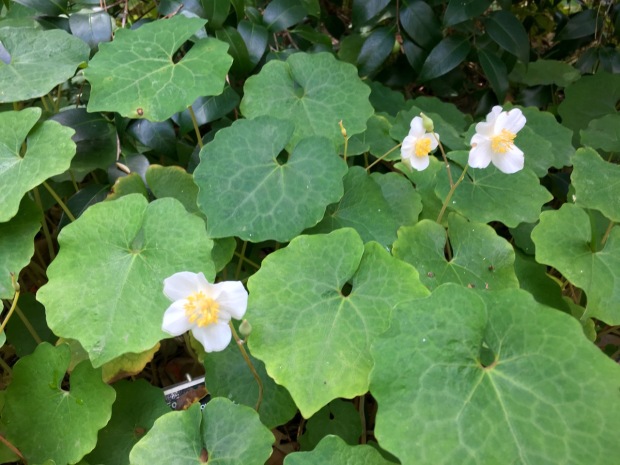 In 1983, a tornado passed through the garden, wreaking havoc and destroying many mature trees. Up until that point, John had been planting for a protected, somewhat shady garden, but suddenly its whole nature changed and the hot sun was allowed to beat down on newly exposed areas.

John began to seek out local plants that could tolerate these new conditions and describes a life-altering botanising trip to northern Mexico in 1988, which opened up a whole new world of plants. Incredibly, he has now completed nearly 100 plant-hunting trips to Mexico, collecting cuttings and seeds which he then trials at Peckerwood and distributes across the US via his mail order nursery. 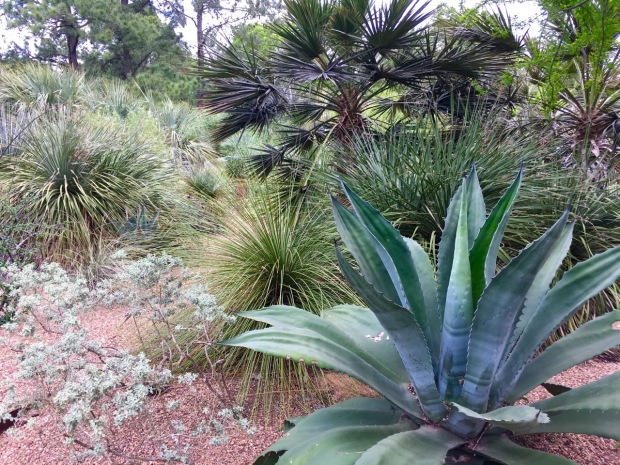 Agave stealing the show at Peckerwood Garden (and would you believe that’s a Buddleja, bottom left?)

Having seen plants in their native environment, he gained a deep understanding of how each plant is adapted to its specific ecological conditions; this knowledge undoubtably contributing to the success of Peckerwood today. He clearly has a sense of adventure, exploring hazardous terrain in extremely remote areas, with all matter of car break-down and medical stories to tell.

Hymenocallis galvestonensis (Upland spider lily): the flower is the real treat but I loved the curvature of the leaves. This plant would surely be perfect in much of Australia, surviving the most dry, depleted soils

Whilst I was in Texas earlier this month, I was lucky enough to be taken around the garden by Adam Black, Peckerwood’s Director of Horticulture and an expert in rare, unusual and endangered plants. The impact John Fairey has had across the US is clearly demonstrated by the fact that Adam moved from Florida to take up the role, having known there could be no better place for him when he saw the job advertisement appear. 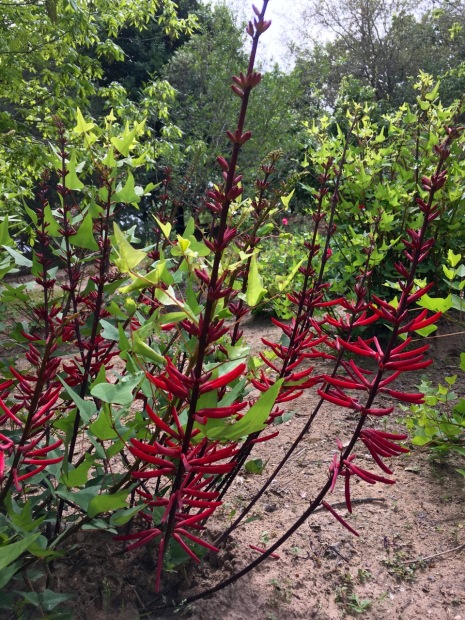 A common Texan weed; if only my weeds were as striking as this!

Adam is a true plantsman and it was wonderful to absorb the depth of his knowledge, in ‘plant-nerd-to-plant-nerd’ fashion. There is such an eclectic mix of species in the garden; many from Texas, Mexico and parts of Asia but also from further afield, all combined in unusual ways, creating impact that truly captures the imagination. 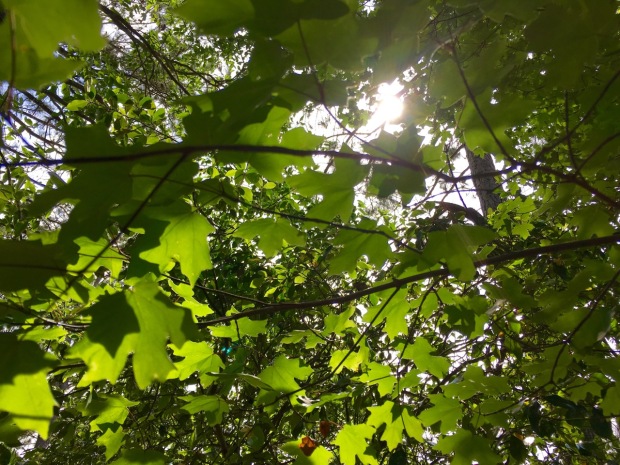 John believes in gardens that talk to all the senses and has a particular fondness for plays of light. The strong textures, forms and contrasts bounce light to incredible effect and I could believe it when I was told it feels a quite different place at different times of the day and year.

Plants are so much more interesting when they have development ideas of their own!

The garden has been called a ‘living artwork’ and John’s artistic and sculptural skills clearly shine through. It is a garden of contrasts: one of high impact and high interest, yet sitting comfortably within its surrounds. Local magnolias (this is the homeland of Magnolia grandiflora) and pines offer up naturally occurring contrast on a significant scale; two towering trees but one with large, shiny leaves, the other dull, pointed needles. These natural contrasts help facilitate Peckerwood’s diverse range of contrasting forms and textures, reducing the chance of ‘misfits’.

Such a range of textures at Peckerwood Garden, including Yucca rostrata, centre left, Acacia berlandieri, below right and Forestiera angustifolia ‘Pendula’, bottom

John’s mission is to continue the work to find new and unusual plants for the region, through a logical process of scientific recording, testing, monitoring of successes and failures and promoting those that meet the bar. His mantra is “to be optimistic whatever happens”.

Couldn’t we all do with a John in our neighbourhood?

Sanguinaria canadense (bloodroot): such pretty leaves, which see their opportunity to burst up and cover the woodland floor in the few months before the canopy closes above them