To round off this year’s Chelsea Flower Show, I thought I’d share a few final ‘happy snaps’ of plantings that brought a particularly big smile to my face, as I dreamily wandered around the Royal Hospital grounds.

OFYR Stand, Chelsea 2016. I adore this mix of colours and the delicate forms. Probably my favourite Chelsea photo of all. 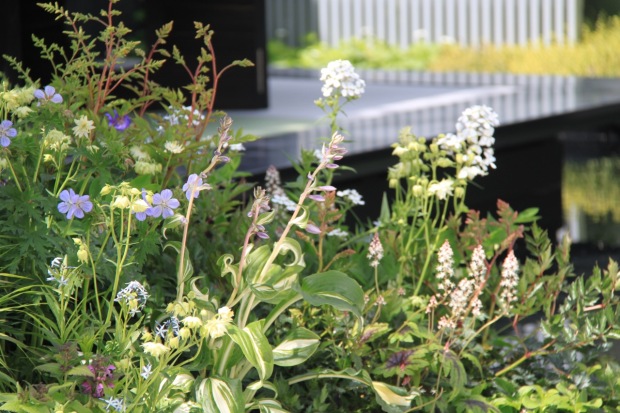 Yano Tea and Chihori Shibayama’s ‘East meets West’ Chelsea 2016 show garden. I enjoyed the slightly ‘meatier’ textures in this garden and like their thoughtful use of variegated foliage. 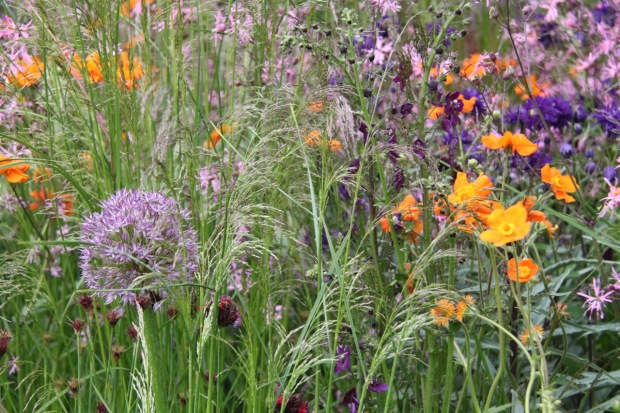 RHS ‘Greening Grey Britain’ by Ann-Marie Powell. I love the contrast of the sunny orange with the purples and lilacs, which helps avoid an overly ‘sickly’ feel.

Diarmuid Gavin’s ‘The Harrods British Eccentric Garden’, Chelsea 2016. The fun of the twirling trees is perhaps not something you’d want at home but the abundant flowers of every colour I could very happily live with. 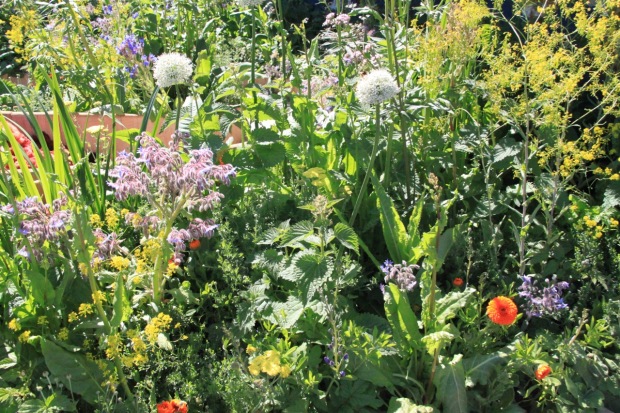 The Akzonobel Honeysuckle Blue(s) Garden by Claudy Jongstra and Stefan Jaspers, Chelsea 2016. I’ve visited a couple of edible community gardens since I’ve been in London and I do feel inspired by how beautiful some ‘utility’ gardens can be, even with centre stage stinging nettles!

The Hartley Botanic Garden by Catherine McDonald, Chelsea 2016. I just can’t get enough of native English hedgerows at the moment. 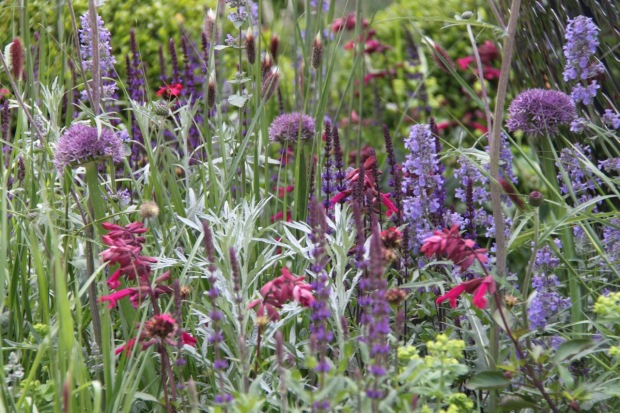 David Harper’s Best in Show Trade Stand, Chelsea 2016. Quite an artist’s garden – an amazing combination of plants – although do you think a little pop of something random would add even more?

And another from David Harper’s beautiful display. The silvers providing cohesion across the stand and the natural greens with a splash of brown resulting in a very calming effect.

Sir Simon Milton Foundation Garden: ‘Urban Connections’ by Lee Bestall, Chelsea 2016. This mix of plants was growing in narrow planters. Predominantly drought tolerant species, I found this very inspiring as it would be so easy to do, even in the smallest window box. I feel there’s so much more we could do with Agapanthus, particularly the smaller ones. 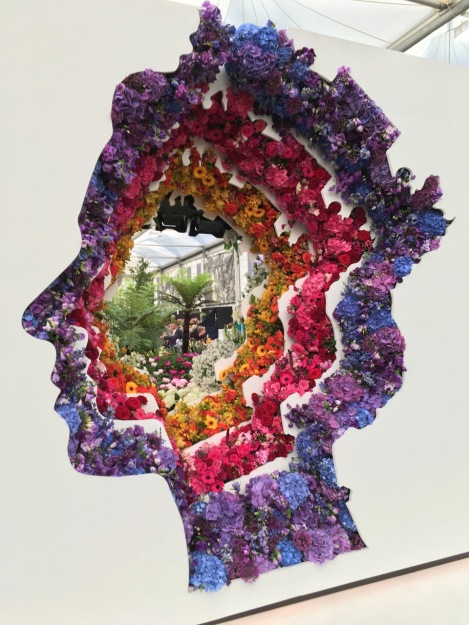 New Covent Garden Flower Market by Ming Veevers Carter at Chelsea 2016. I’m not usually into the ‘carpet bedding’ effect, but this ‘New Design Award’ -winning exhibit, made up of 10,000 flower stems to celebrate the Queen’s 90th birthday, was absolutely spectacular.

Finally, the featured image at the top of the page was my favourite Nursery Stand in the Great Pavilion, by Daisy Roots. I do hope you’ve found something to inspire you at Chelsea this year.

15 thoughts on “Favourite plantings from The Chelsea Flower Show, 2016”

Leave a Reply to The Frustrated Gardener Cancel reply