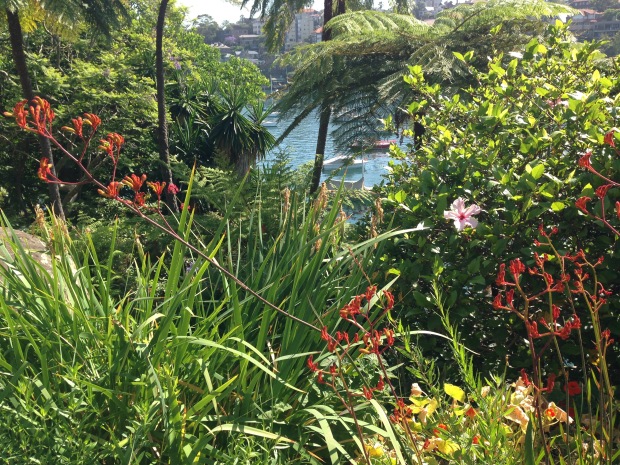 I love a garden with a story.  History adds a whole new dimension to a garden and, consequently, it oozes ‘soul’.

The public garden on the banks of Cremorne Point, in Sydney, started back in 1959.  Local residents had created a small, makeshift rock pool in the harbour, to which they could clamber down and bathe in each day.  One day, Lex Graham saw an elephant’s ear (Alocasia) bulb floating past, and scooped it up and planted it in the ground. 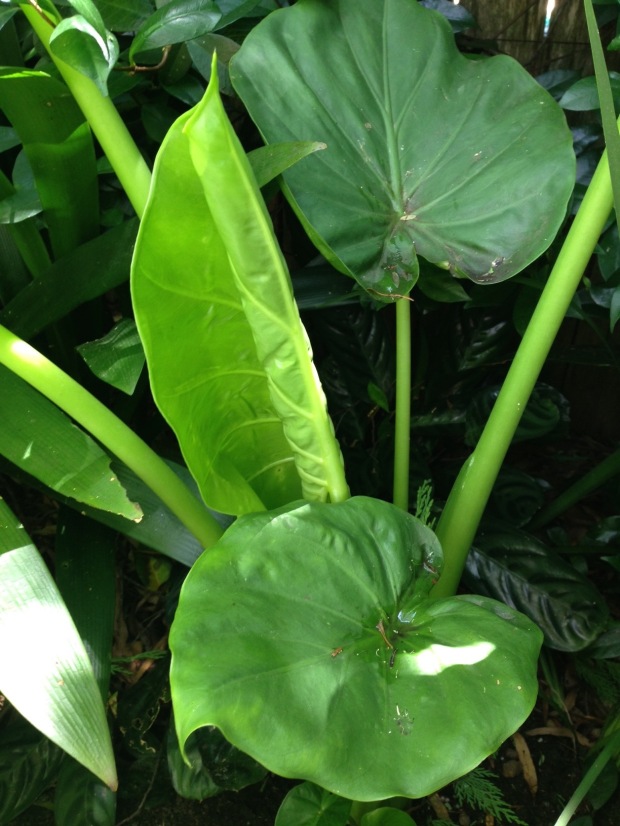 Alocasia with new leaf unfurling; leaves can be up to one metre long on some species

To his amazement, it started growing.  Having never gardened in his life, he gradually found other seeds, bulbs and cuttings and stuck these in alongside it.  He had recently met Ruby, and between them, over a period of 50 years, until Ruby passed away in 2009, it got bigger and bigger until they had created a beautiful garden that covers more than two acres. 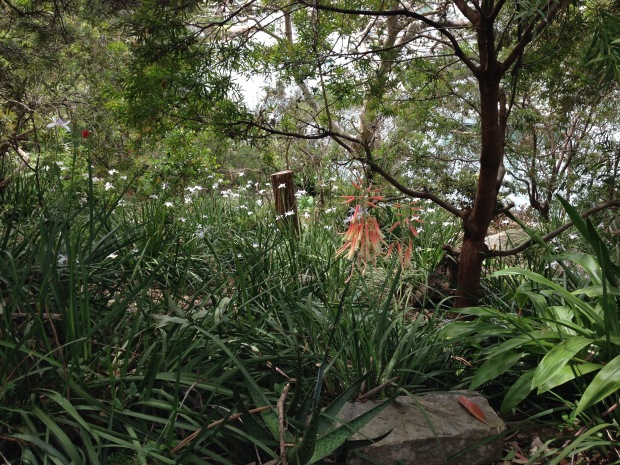 It was a real labour of love.  The banks were steep and smoothered in thick privet, Lantana and vines.  Once this was cleared they found all kinds of rubbish, from a kitchen sink to a whalebone corset.  They formed pathways zigzagging down the slope and used Agapanthus and Clivia to help bind the soil and minimise erosion, not a small issue when stormy weather would bring waves crashing over the garden. 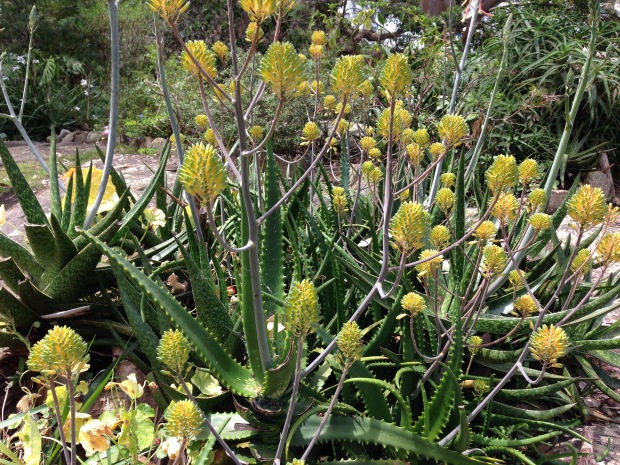 Stunning aloes in flower at Lex and Ruby’s garden

There was no fresh water available and so Lex and Ruby brought water down in containers to keep the new plants alive.  Only in 1978 did the council install a tap for them. 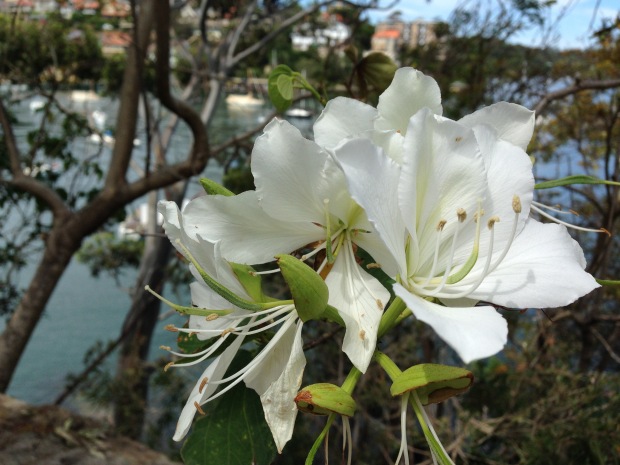 But this was a garden they loved.  Each pathway and corner had a name and Lex and Ruby, when not working in the garden, would sit in their favourite spots, watching the moon rise over the water, listening to the waves and the birds and feeling an immense sense of peace. 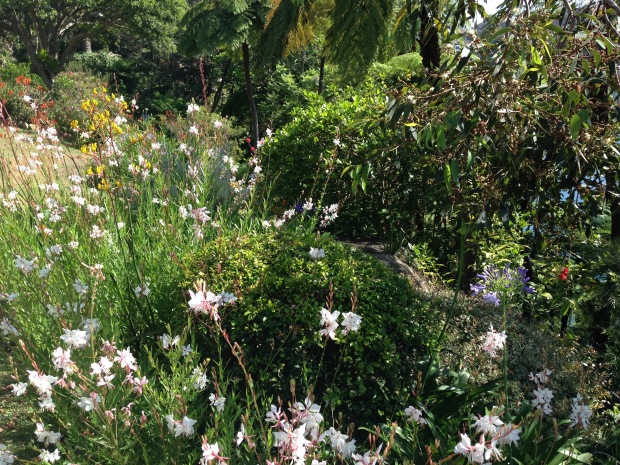 This almost looks like an English herbaceous border with a row of delicate Gaura, Anigozanthus and Agapanthus flowers, all mingling together

It is still a magical, peaceful spot in 2015 and so much the better for knowing the love that was put into it. It is a very romantic story, possibly growing with romance as the years go by, but one that I am happy to go with, embellished or not. 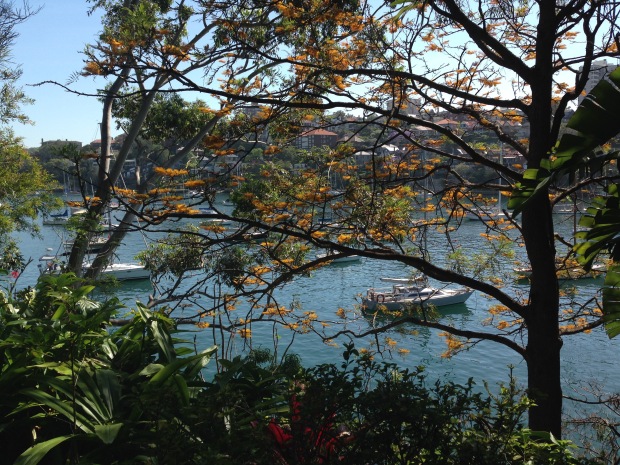 It is also an educational garden.  You can learn a great deal about plants by noting where they grow.  I remember being told, when I arrived in hot, dry Canberra, to look in neglected gardens for the really robust plants.  Anything that survives amongst knee high lawns and flowering weeds is probably pretty tough in that area. Here, in sandy soil, positioned on a slope, in a hot region with little artificial irrigation, are perfect examples of plants that naturally suit the Sydney climate.  All laid out for you to observe and learn. 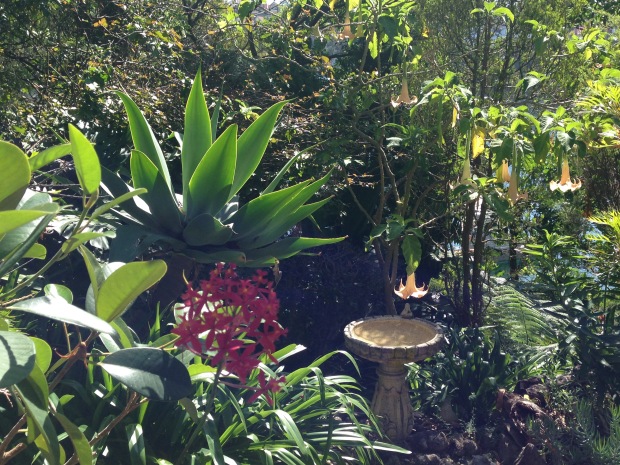 Aloes and agaves, angel’s trumpets (Brugmansia) and Anigozanthos, Alpinia and Bauhinia,  Aechmea (a type of bromeliad) and of course Alocasia……perhaps we should all be planting things beginning with ‘A’ and ‘B’! 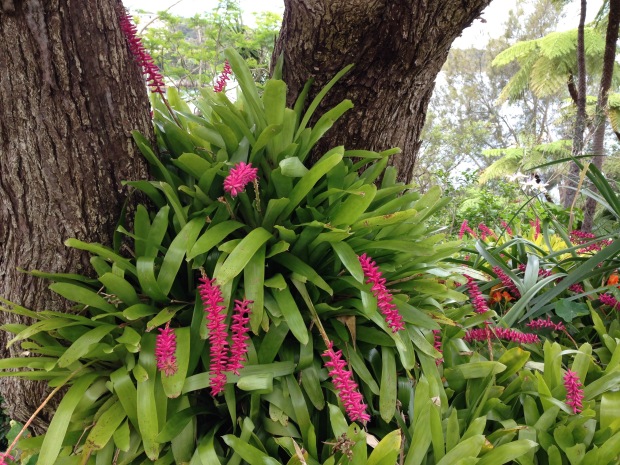 Aechmea bromeliads are epiphytes, meaning that they can grow from a tree trunk without needing roots in the ground

But whether you want to come for a peaceful walk, to read the newspaper in stunning surroundings or to learn some Sydney-hardy plants, if you live in Sydney, do come along.  I can promise a hugely uplifting experience. 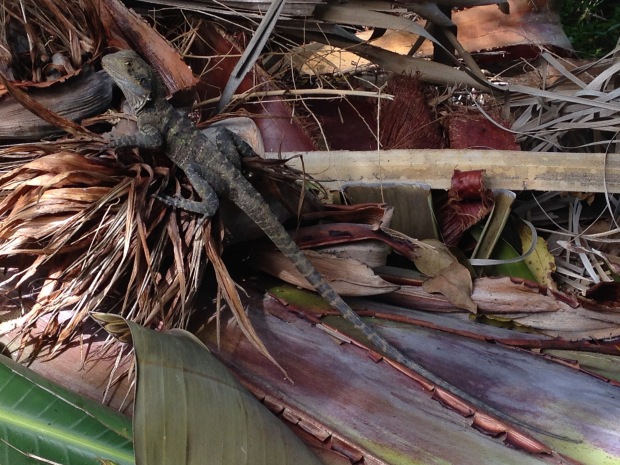 “Don’t forget me!” A water dragon, convinced I can not see him because he is standing still!