If you are anything like me you will currently be wondering where 2014 went and why you are not in the slightest bit organised for Christmas.  But hey, don’t worry about that for a minute, put your feet up with a nice cup of tea and let’s first have a quick look at the newest, most successful plants that have been jumping off the shelves this year. 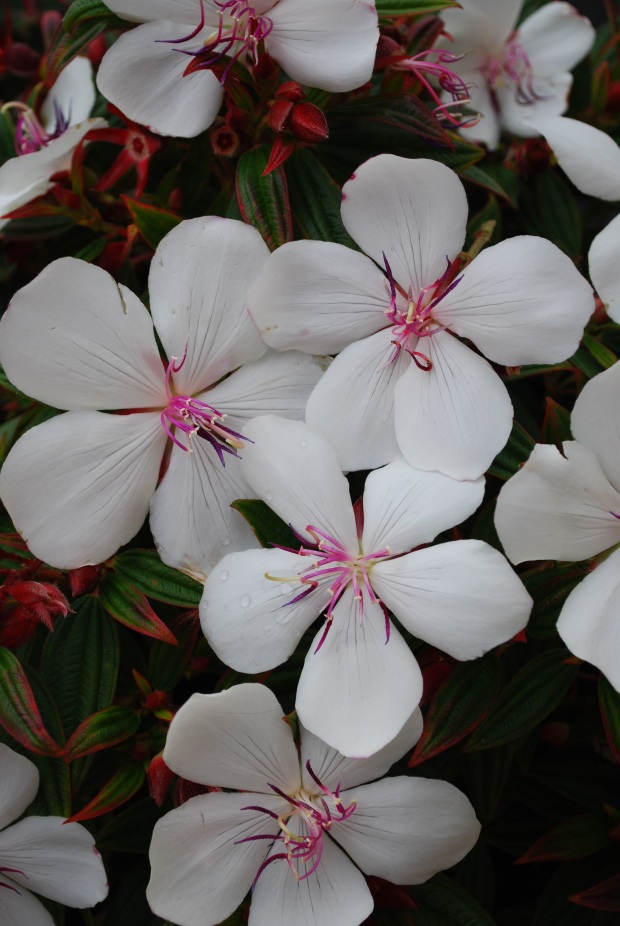 ‘Comes in any colour you want, so long as it is purple.’  Well, no more. Tibouchinas were originally all purple.  And a very bright purple at that.  A kind of marmite purple – you loved or hated it.  And if you hated it, it was a real shame, as this evergreen shrubs flowers for months on end, is compact, does not need pruning, is drought tolerant…….a dream plant, as long as you like purple.  Well now, if you like pink or white instead, you can still grow this plant.  Fabulous. 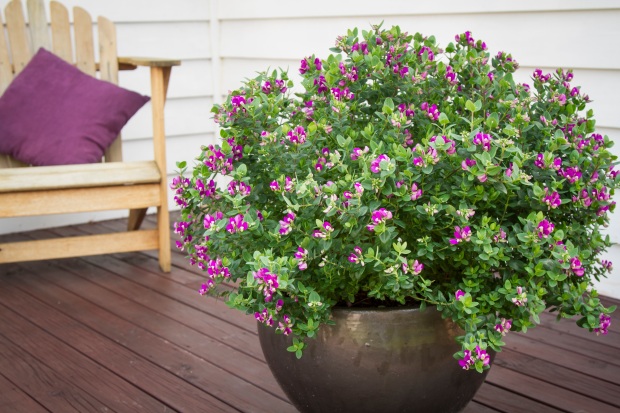 Polygala literally means ‘much milk’; named as such as the plant was thought to raise milk yield in cattle.  A common name is ‘sweet pea bush’ and it has widespread origins in a number of continents.  ‘Little Bibi’, you have guessed it, is a dwarf forms that stays compact and with a full height of about a metre, makes a lovely low hedge or border in sun or part shade.

We all love the smell of Daphne, so distinctive in the winter air.  But why are they so hard to grow?  When Daphne ‘Eternal Fragrance’ was launched in 2005 in the UK, after some 30 years of development, it caused a storm.  Suddenly a Daphne with pH, sun and moisture tolerance.  Oh, and repeat flowering to boot.  Now it comes in pretty pink too.  Perfect! 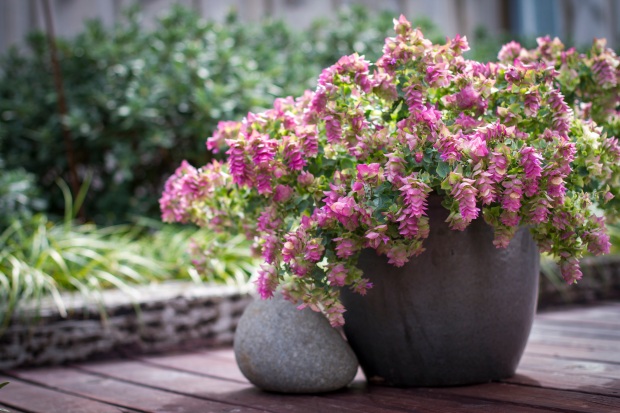 An ornamental oregano with very large hop-like, plum purple flower bracts.  Great for spilling over a pot or a wall and remarkably drought tolerant.  It even copes with frosts too.  Developed in Tasmania, it’s good to see a plant that we can get our hands on before Europe for once!

I’ve never been overly excited by Dianthus.  I think it’s partly the association in my head with service station carnations and partly that they are often used sub-optimally.  By that I mean small, rangy plants in large beds, disproportionate to the plants around them. But I’m going to try and like this one.  They are so much more hardy and drought tolerant than petunias or pansies, whilst still providing high impact flowering.  And this one is linked to the Dementia Research Foundation – $1 is donated for every plant – which makes it all the more worth buying. 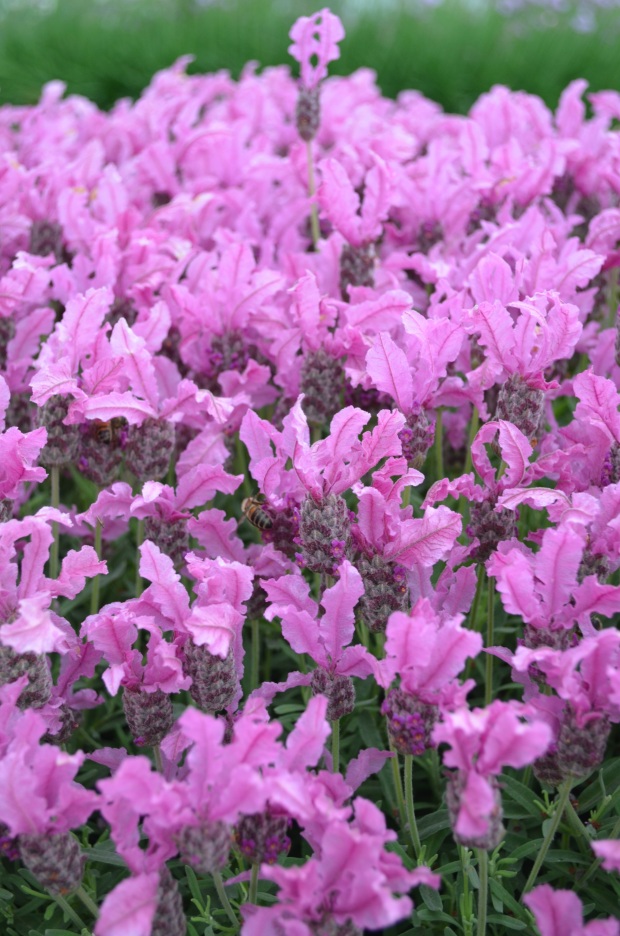 Released in 2013 but awarded 2014 ‘Plant of the Year’ by the Nursery and Garden Industry Australia, this pink lavender was bred in Victoria, Australia.  Described as ‘luminous pink’ with ‘electric’ colourings, it has very large flower ‘wings’ and a long flowering season, along with the fragrance and drought tolerance benefits that all lavenders brings.

It doesn’t take a rocket scientist to see some very solid themes coming out of the six best selling new products for 2014.  There is pink, pink and more pink and four of them are highly fragrant.  Are we having a romantic, cottage garden revival in Australia?  What are your thoughts?

With thanks to Plants Management Australia for the photos.